Restaurants suck at dealing with allergies

We discovered that my daughter was allergic to soy when she was about eight months old. She was still nursing, which meant that not only did we have to keep our daughter away from soy, we also had to keep it out of my wife’s diet too. But come on. What has soy in it? Soy sauce, maybe? It sounded easy; just no Chinese food.

Actual footage of me accepting my allergy-avoiding mission.

As it turns out, if you live in a society dependent on commercialized, manufactured, mass-produced food, soybeans are in pretty much everything. They stay under the radar, but once you’re aware of them and how many times they’re used, you’re like, “I don’t know if I’m comfortable with how many times I see this ingredient get top billing in my food.” It’s like the James Franco of ingredients.

The world caters to different allergens in different ways. Gluten sensitivities are like winning the allergy lottery. Most restaurants offer gluten-free substitutes, and grocery stores are literally lined with safe (and good-tasting) alternatives. Peanuts are also high on our public consciousness. True, peanuts are in many products, but they’re always clearly labeled. Heck, even if the product doesn’t have peanuts, you’ll still get a notice that it was made in a facility that may contain them. Like, these companies don’t even know if they have peanuts or not. It’s on this point that you’ll see a trend emerge.

When we arrive at a restaurant, we’ll immediately ask to talk to a manager or chef about what we could order. The server will politely ask what we’re trying to avoid. When we say, “soy,” they have no idea how to react.

“Well, I’m pretty sure nothing on the menu has soy.”

He stares off into space, deep in thought, then shakes his head. “I can’t think of anything that would have it.”

My wife shows him the menu and says, “I see like three things here that have soy…one of them has soy in the title.”

That’s when he notices the soy-glazed salmon, the edamame appetizer and the tofu burgers. “Oh….yeah, I’ll bring out the manager.”

That’s what’s surprising. Even without knowing anything about our allergy or its severity, many in the food-service industry will first try to convince us it’s “probably” okay to eat their food. I actually blame peanuts and gluten for this. Because they both get such high recognition on food labels and in menus, most servers tend to think that if there isn’t a little graphic next to the name, then there must not be any allergen at all. This “eh, close enough” attitude is working pretty well in politics, but when you’re dealing with allergies, it’s irresponsible. And dangerous.

We find ourselves in this situation all the time. Just last week we were at a catered event and talked to the head chef as we went through the line. My wife asked him, “Is there anything here that doesn’t have soy in it?” He scanned the buffet line and shrugged, responding, “I don’t think anything has soy.” Then he served us a plate. No checking labels, no looking at recipes. Just nope and here’s your plate. We threw it away and gave our daughter the rest of her sandwich from lunch.

That’s our coping strategy. We need backup foods for every single meal outside our home. It takes an extra 20 minutes to leave the house because we have to prepare a sandwich or get leftovers together. As we’re scrambling to leave, we have to cut up vegetables, peel fruit and slather peanut butter on a piece of bread. All of which we know for certain doesn’t have soy.

How do we know that? Because we spend an extra half hour at the grocery store every time to read all the ingredients on every single thing we buy.

Allergens aren’t always labeled as such

We learned the hard way that we have to read every single ingredient on every single food package. On the Nutrition Facts label, there’s usually a bolded section that tells you what common allergens are in the ingredient list. Soy, thankfully, is one of those bolded ingredients, along with peanuts, wheat, egg, and milk. Because of that, we got in the habit of just reading those allergy warnings. If soy wasn’t in bold letters, then that food was okay. Right?

No soy? I can now confidently make food.

One day, we let our daughter have honey mustard sauce. It only listed egg and milk as the allergens, so we had no concerns. Just a few minutes later, she started getting this redness around her mouth. When I looked back at the ingredient list, right there at the top: soybean oil. Even though it wasn’t listed in the allergy section, it was the number one ingredient.

From then on out, every meal, every ounce of food had to be analyzed. It’s time-consuming, but pretty easy to do at the grocery store. It’s much, much harder at restaurants. Thankfully, many are starting to provide allergy-guidance menus.

Red Robin is amazing – they have an iPad with an interactive allergy menu and a full ingredient list. You tell it what you’re wanting to avoid, and it automatically filters the menu to only what you can eat. And if there’s a substitute available, it tells how to customize your order. It’s awesome. On the other end of the spectrum is Applebee’s. They’re absolutely awful with allergies. They don’t have an allergy menu and most of their staff has no idea what’s in the food. We couldn’t find anything to eat and had to leave the restaurant. That was one of my most embarrassing moments ever. You know it’s bad when I’m ranking my embarrassment on the same list as the day my pants fell down in third grade and that time I called my teacher “mom.”

I’m going into my cone of shame now.

You get obsessed with the places that “do it right”

As I mentioned, Red Robin is one of the places that does it right, but the 110% effort award goes to The Cheesecake Factory. They don’t have an interactive menu, but their staff is willing to painstakingly read through all their ingredient lists. Last time we were there, we asked innocently if there were any cheesecakes without soy. The server said she’d find out and then we didn’t see her for a long time. When she finally came back, her glasses were frosted over and her fingers were blue. Through her chattering teeth, she told us that, unfortunately, soy was in all the cheesecakes.

She actually went into the freezer and read all the labels for every. single. cheesecake. And when their name is The Cheesecake Factory, you know that’s a lot of cheesecakes.

Anywhere else and this would be a torture device. At Cheesecake Factory, it’s looking for allergies.

For the dozens of restaurants that don’t know how to handle allergies, there are a few that really do try their best. Five Guys, Chipotle, Red Lobster, Texas Roadhouse – they all accommodate allergies exceedingly well. What’s that mean for our family? It means that our “going out” rotation is Five Guys, Chipotle, Red Lobster and Texas Roadhouse. It gets monotonous, but that’s really okay to know we can eat there without worrying.

What it takes to “do it right”

It really would be easy enough for the larger restaurant world to cater to those with allergies. Not every restaurant needs to have an interactive menu on a special iPad. What we need is for restaurant owners and managers to take more ownership of their menu, understand what ingredients are in the foods they serve and know how they could modify ingredients to serve everyone at the table. Heck, at the very least, allow us to do the work. If they would make the ingredient lists available, we’d be more than happy to check them ourselves. Servers shouldn’t have to get frostbite trying to read labels. They could very easily be in a binder. 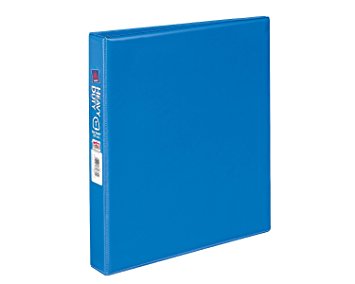 Thankfully, my daughter’s allergy isn’t that severe – it isn’t life threatening. But in the scope of allergies, there’s a very significant portion of the population who have to eat a modified diet, and for some it really is a matter of life and death. No matter the allergy, all people should have the right to know what’s in the food they’re eating. It shouldn’t be this hard to find restaurants that can offer that.