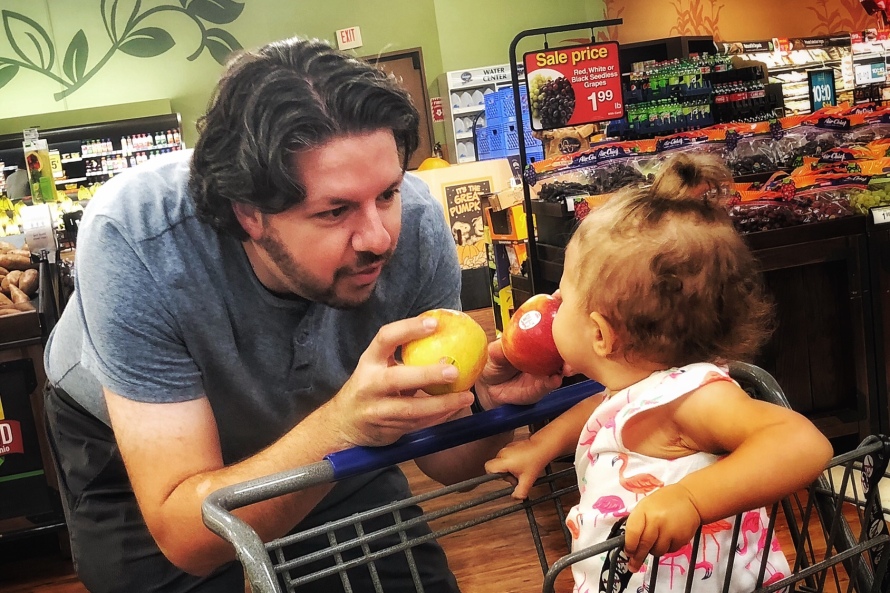 My daughter is 17 months old and exists in two states: passed out asleep and constant motion.

I timed her last night. In 47 seconds, she stacked toy plates, scribbled with a crayon, broke the crayon, pulled over a box of stuffed animals, hugged and kissed one of them, grabbed it by the foot and hit it against the wall, blew raspberries against her wrist, ran in circles around the living room, knocked over that stack of plates, then she cried. As her father, I’m supposed to keep up with her, making sure none of those activities lead to injury.

If you run into a parent of a toddler on the street, give them an encouraging pat on the back and whisper “It’ll be okay.” That parent exerts more energy on a daily basis than should be physically possible for human beings. When the human body runs out of calories from consumed food, it burns fat as energy. Guess what part of your body is primarily comprised of fat. Your brain. Yep, it’s 60 percent fat. That’s why most parents have that hollow look in their eyes – their brains are literally being eaten away by their kids. 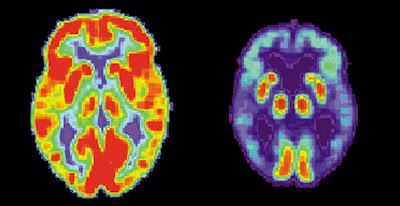 My daughter’s level of energy can turn even the most basic and routine activities into the scenarios that inspire Liam Neeson movies. I haven’t posted anything in about six weeks, because that’s exactly how long it took me to recover from a trip to the grocery store with her. Here are the ways these trips are different now that she’s a fiery ball of energy.

Getting out of the car is a logistical nightmare

My first mistake was getting out of the car and putting my keys in my pocket – this is an important detail to remember later. Then, I walked around to Jebecca’s side, opened the door and grabbed her diaper bag, which is on the car floor just under her car seat. I swung it around my back and bent over to unbuckle her. Bump. The diaper bag got caught on the door and stopped me mid-click. I had to take off the strap, set the bag on the floor, then unbuckle her car seat. I picked her up, set her on my hip the way all parents instinctively do, and bent over to pick up the bag. Bump again. This time it was my head hitting the top of the open door. I scooted backward, picked up the diaper bag, repositioned Jebecca and walked to the back of the car.

We were shopping at Aldi, so I had to get all my reusable grocery bags out of the back. I lifted the back hatch on our car, reached out to pick up the bags, and the diaper bag slid off my shoulder down my wrist, slamming my arm to my side. The diaper bag hit the ground with a thud. I moved Jebecca to my other side and threw all the bags under my arm. I bent over to pull up the diaper bag, but realized I didn’t have enough free arms to sling it over my shoulder. I set Jebecca down inside the back of the car, then threaded my arm through the diaper bag strap. I picked up Jebecca again.

I reached up to grab the hatch, but realized I couldn’t extend my non-Jebecca arm because I’d drop all the bags tucked underneath. I wrapped my other arm around Jebecca and my body to hold the bags in tight, stretched up with my now free arm and slammed the hatch back down. I turned to walk into the store when I realized I didn’t lock the doors. That’s when I remembered my keys were in my pocket (remember that detail?). I nestled Jebecca in my tubby gut, balancing her between my forearms as I squirmed my hand into my pocket, feeling around for the lock door button. Locked! Success!

I turned once again to walk in the store when I realized I didn’t actually need the diaper bag. I sighed, turned around again and nestled Jebecca in my stomach fat, again balancing her between my forearms, and reached in my pocket once again. Only this time, instead of hitting the unlock button, I bumped the panic button. I think panic buttons are so named because they instantly make the owner of the car panic. In a scramble, I let the bags fall to the ground, I held Jebecca in my free arm, dropped the diaper bag and grabbed the key fob. Finally, I stopped the panicking, unlocked the door, gathered my bags and what was left of my dignity, and put the diaper bag back inside. With what little pride I had left in my fatherly abilities, I turned to head inside.

The most accurate depiction of a father trying to multitask.

The kindness of a stranger can make you cry

As I’ve discussed before, being a father opened up the floodgate in my tear ducts. As I was walking to the cart, I was fishing through my pocket looking for the quarter I keep specifically for Aldi trips (you need to deposit a quarter to get a cart there). I passed by the door right as an elderly gentleman was walking out. He pushed his cart in my direction and said, “Here, just take this one. I don’t need that quarter anyway.” With a smile on his face, he happily walked away.

I’m not ashamed to tell you a solid single tear rolled down my check. They really are the greatest generation. You see, in the frazzled state of parenthood, one single act of kindness can purify even the most hectic day. On days like this, if someone walked by and just told me they liked my shirt, I’d probably curl in the corner of the store and sob like I was being interviewed by Barbara Walters.

Everything is required to be a game

If you ever see a toddler sitting quietly, please, for the love of God, check his pulse.

At the grocery store, with your child riding along in the grocery cart, you might be thinking, “Oh, they’ll be entertained enough just going for a ride.” Aw, it’s cute you think that. No, everything is required to be a game. As I pick things off the shelf, I hand it to Jebecca first, acting super excited to get her interested in it. That buys me a few seconds so I can look for my next item.

Apples can become balls that she can roll back and forth. Another fun game is grabbing a bunch of Slim Jims and seeing how many she can hold in her hand at one time. My personal favorite is when she grabs the chain on the Aldi cart and pretends it’s a telephone. 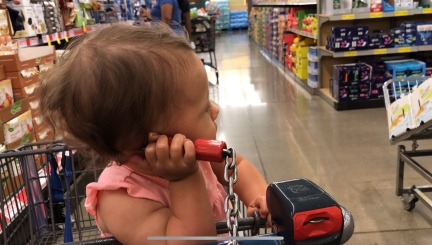 I should note, none of these are solitary games. As her dad, I’m required to participate. I’m the one that has to stack the Slim Jims in her hand. I’m the one that has to roll the apple back and forth. I’m also the one who has to “dial” the chain, make ringing sounds and then ask for Jebecca before I had it over to her. I don’t think you can legally call yourself a dad until you’ve held your face three inches away from a grocery cart handle and asked, “Who is it?” right as you pass another shopper in the aisle.

I think the CIA would be insanely successful if it was staffed entirely by parents who go shopping with their kids. You see, it’s critical that your child never ever see any of his or her favorite foods. If they do, they’ll scream incessantly until your will weakens to the point you give in and you end up opening a bag of Goldfish Crackers there in aisle 6. To avoid these meltdowns, parents must covertly pass foods around like they’re Russian spy dossiers. This is relatively easy to do when both parents are shopping together. When you’re shopping with your child alone, then you have to get extra creative. I’m a fan of misdirection. “Hey, what’s that??” And as soon as she looks away, I throw a pack of yogurt melts in the back of the cart. 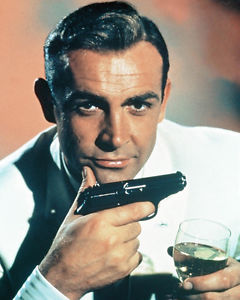 Oh, you know James Bond was definitely a father first.

This ended up being way longer than I expected. With respect to how long you spend in the bathroom, I’m breaking this into two parts. Part 2 next week!